Chances are, you’ve strolled by this shrub at the beach and haven’t given it a second thought, but the story of naupaka and its unique half-flower may cause you to stop and take a closer look next time. 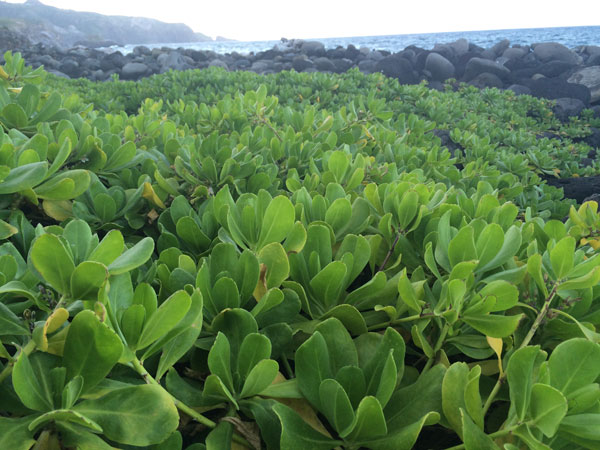 The legend of naupaka is explained through the love story of Princess Naupaka and Kaui.

One version goes like this: There once lived a beautiful Hawaiian princess named Naupaka, who was adored by everyone. One day, Princess Naupaka stared longingly at the Pacific Ocean, tears streaming down her face. The villagers became concerned and alerted Naupaka’s parents, who came to find out what was troubling the princess.

“I have found true love with a wonderful man named Kaui, but he is a common fisherman, not of noble birth,” Naupaka explained to her parents.

In ancient Hawaiian culture, it was strictly kapu (forbidden) for royalty to marry anyone outside of their ranks. Naupaka’s parents tried to reassure their daughter that in time her sadness would fade and another more appropriate suitor would come along.

Inconsolable, the young princess and the fisherman journeyed long and far searching for a solution. They climbed to the top of a mountain to meet with a respected kahuna who was staying at a heiau (temple).

“I’m sorry. There is nothing I can do,” the kahuna told them. “But you should pray. Pray at this heiau.”

So the lovers prayed, and as they prayed, rain began to fall. They knew in their hearts that their love was not meant to be and embraced for what would be the final time. When the two separated, the princess took the flower from her hair and tore it in half, giving one half to Kaui and keeping the other half for herself.

“The gods won’t allow us to be together,” she said. “Go and live by the sea. I will stay here in the mountains, for I cannot stand to see you and not be with you.”

Nature sensed the lovers’ heartbreak with the rain falling harder, the wind wailing, and the trees bowing in melancholy. The next day, the naupaka plants that surrounded the heiau began to bloom in only half flowers for the separated lovers. 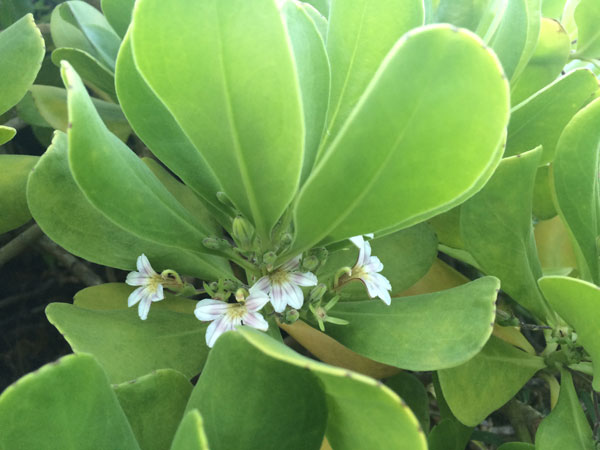 Throughout years of storytelling, the myth has sprouted different details, but they all have the same message of separated lovers, one banished to the mountains and one to the beach. 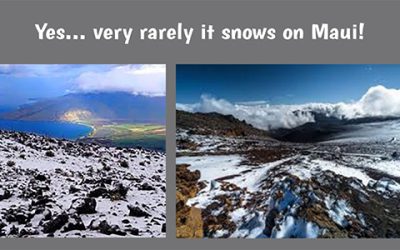 END_OF_DOCUMENT_TOKEN_TO_BE_REPLACED

While visiting Maui you may see or hear the common phrase, “Maui No Ka Oi", which means, Maui is the best.   The first thing that comes to mind is the many beautiful, white sand beaches that are available to the public. Second is the nearly-always-perfect...

END_OF_DOCUMENT_TOKEN_TO_BE_REPLACED

Have you seen a Jackson Chameleon on Maui yet? Keep your eyes peeled while driving around the island! These gentle creatures are all around Maui. They blend in with their surroundings, but can be spotted if you know what you are looking for.    ...