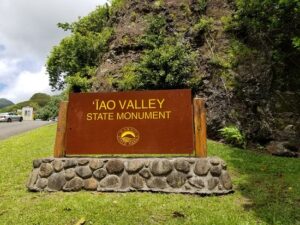 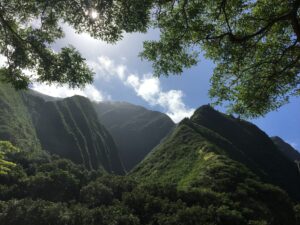 Iao Valley is a lush, tropical valley located in the West Maui Mountains on the island of Maui in Hawaii. The valley is known for its beautiful landscape, including the Iao Needle, a tall, thin rock spire that rises from the valley floor. 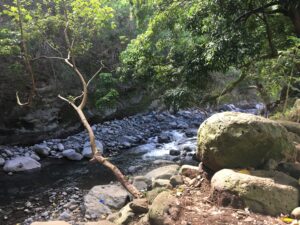 The valley has a rich cultural history and was an important site for the ancient Hawaiians. It was a place of spiritual significance, and many Hawaiians believed that the gods lived in the valley. The valley was also an important agricultural area, and the Hawaiians grew a variety of crops, including taro, sweet potato, and bananas, in the fertile soil. 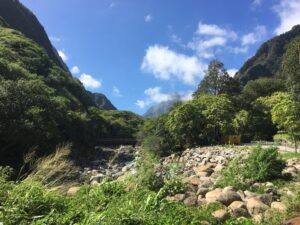 In the late 18th century, the valley was the site of a significant battle between the Hawaiians and westerners. In 1790, the forces of King Kamehameha I, who was trying to unite the islands under his rule, clashed with the forces of Maui’s chief, Kalanikupule. The battle ended with a victory for Kamehameha, and the valley became a part of the Kingdom of Hawaii. 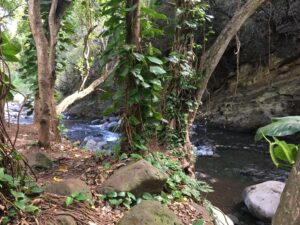 Today, Iao Valley is a popular tourist destination, with visitors coming to see the beautiful scenery and learn about the history and culture of the area. The valley is also home to a number of hiking trails, and it is a popular spot for birdwatching and other outdoor activities. 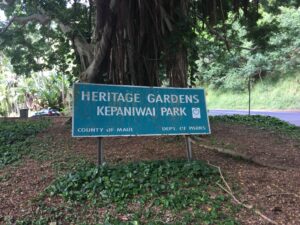 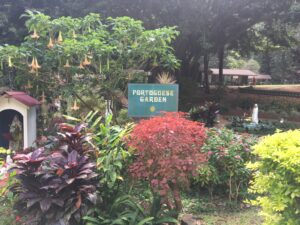 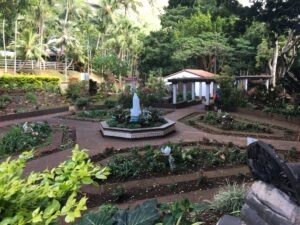 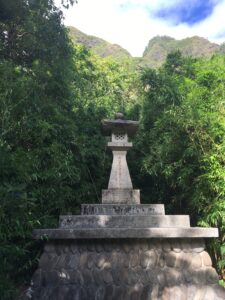 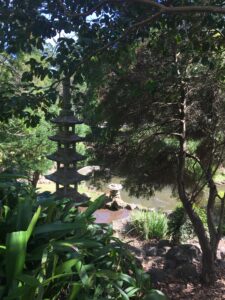 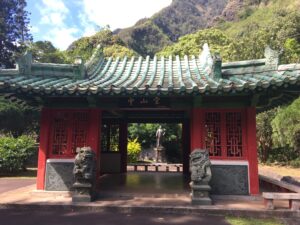 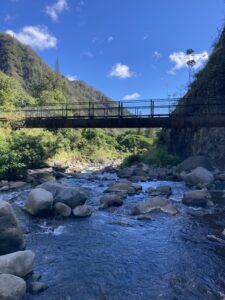 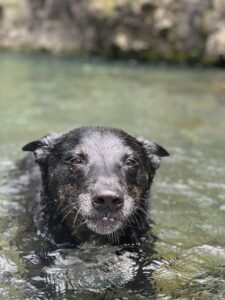 Tip: Just downstream of Iao Valley State Park is Kepaniwai Park & Heritage Gardens. It’s an easy drive to this park and you can enjoy Iao Valley and the stream. The gardens showcase the state’s diverse heritage with ethnic houses. This is a great alternative to Iao Valley State Park while it’s closed. Bring a picnic and bug spray. Since the valley fills with clouds most afternoons, this is a great place to visit first thing in the morning.

Twin Falls: A Safe and Easy Way to See a Waterfall

Twin Falls is a popular hiking destination located here on Maui. Like Kihei Rent A Car, it is privately owned and operated. Twin Falls is not a state park nor does it receive any government funding. The falls are situated in a lush, tropical rainforest and are made up...

END_OF_DOCUMENT_TOKEN_TO_BE_REPLACED

Take a Drive to Lahaina Town

Lahaina is a town located on the western coast of the island and is one of the most popular tourist destinations in Maui. The town has a rich history, dating back to ancient times when it was a center for Hawaiian royalty. Today, Lahaina is known for its beaches,...

END_OF_DOCUMENT_TOKEN_TO_BE_REPLACED

Many visitors ask us about where to go hiking on Maui. The most common suggestions are Twin Falls, Haleakala Crater, or Iao Valley but, not many folks hear about the great hiking trails in Poli Poli Spring State Recreation Area. This state park, located upcountry...